Message
Thank you for your enquiry. We will get back to your soon. 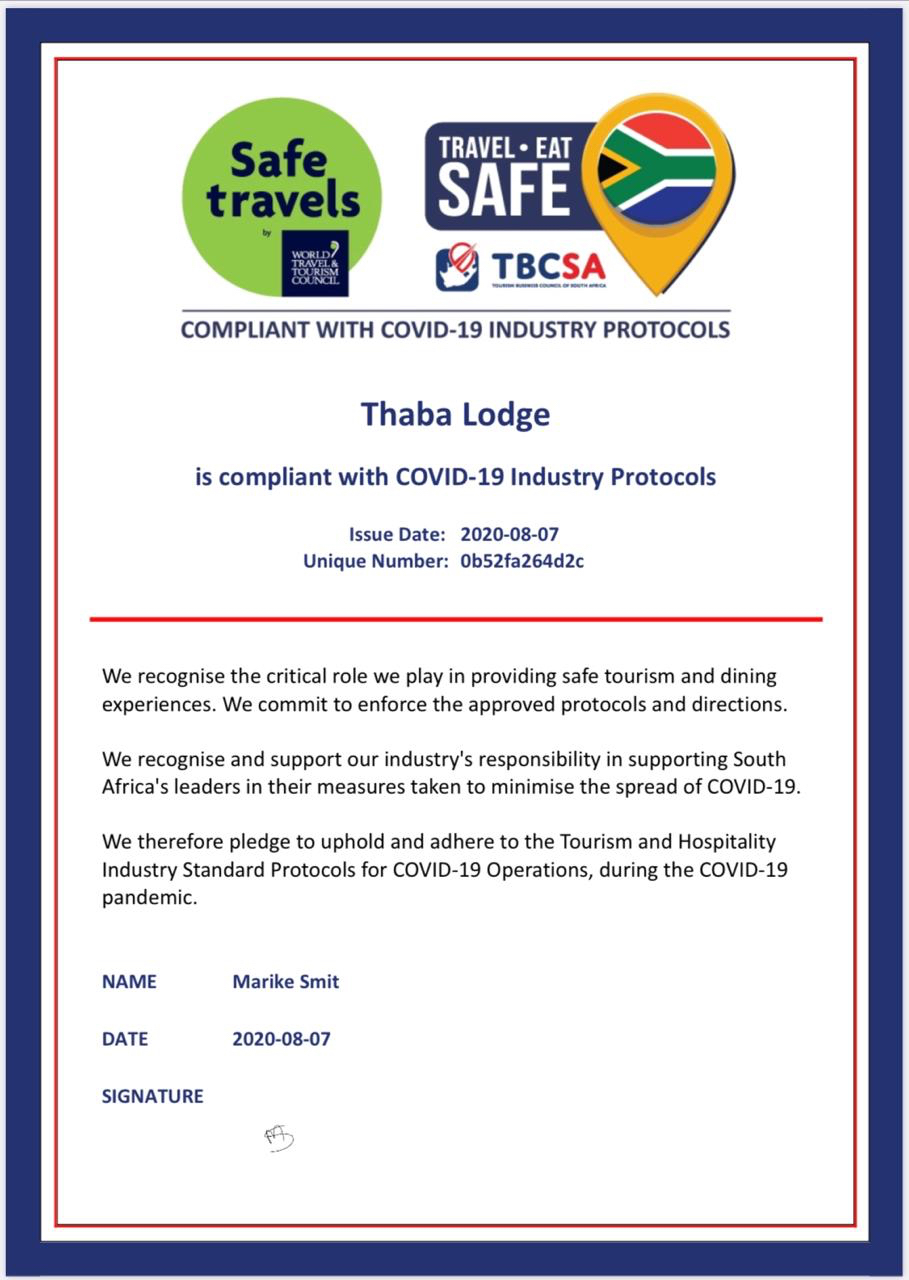 The rates are quoted for the WHOLE 10 sleeper lodge per night and NOT per person. Children over the age of 9 years are considered part of the max number of people accommodated in the lodge, while ALL guests irrespective of age count on the vehicle, max 10.

The lodge is only rented as a whole and for exclusive use. We do not rent out individual rooms. Rates are per night for the whole lodge, not per person.

Send us a message

Take the N4 towards Rustenberg. Take the R556 turnoff to Sun City. Stay on the R556 and pass the entrance to Sun City on the right. Continue for 5.11 km to the 4-way STOP in Ledig village, turn right at the intersection (onto the R565) in the direction of Derdepoort. Continue on this road for approximately 27 km through Ruighoek village (beware of potholes and stray animals) until you see the thatched Black Rhino Game Reserve entrance on the right. Sign in at the gate and either request a pickup from the gate if you do not want to drive your car on the dirt roads and we will come and collect you, or drive directly to the lodge (number 17). A normal sedan car should be able to reach Thaba Lodge without a problem.

Situated in
a Private
Game Reserve

Two and a half
hours from
Johannesburg

Thaba Lodge is situated in the Black Rhino Reserve, which is a private concession, incorporated into the Pilanesberg National Park on the North Western side. There are no fences between the main park and this concession and animals roam freely between the 2 areas. This lower lying area of the reserve has sweet veld vegetation which complements the Pilanesberg’s predominantly mixed sour veld. This type of habitat carries a wide variety of game species. Sightings of elephant, black and white rhino, buffalo, lion, cheetah, leopard, brown hyena, blackbacked jackal, serval, genet, caracal and African wild dogs are highlights, while many antelope species, giraffe, zebra and primates such as baboons and vervet monkeys are often seen. This area also lends itself to excellent birding, especially in the summer months, because the reserve is situated in a transitional area between the Kalahari and the lowveld.

The Pilanesberg National Park comprises 55 000 Hectares and borders the Sun City entertainment complex. The most remarkable feature of this destination is the 1200 million-year old volcano crater with Mankwe Dam in the centre. The reserve is one of the most beautiful parks in South Africa because of the many mountains that provide scenic backdrops to the savannah.

The Park offers a number of wonderful picnic spots and numerous hides for game and bird watching. In addition to the complimentary professionally guided game drives in an open safari vehicle provided by Thaba Lodge, hot air balloon safaris and interpretive bush walks can also be arranged.